Bnewsindia.Com
Home News Who is Parag Agrawal, the new CEO of Twitter? some interesting facts 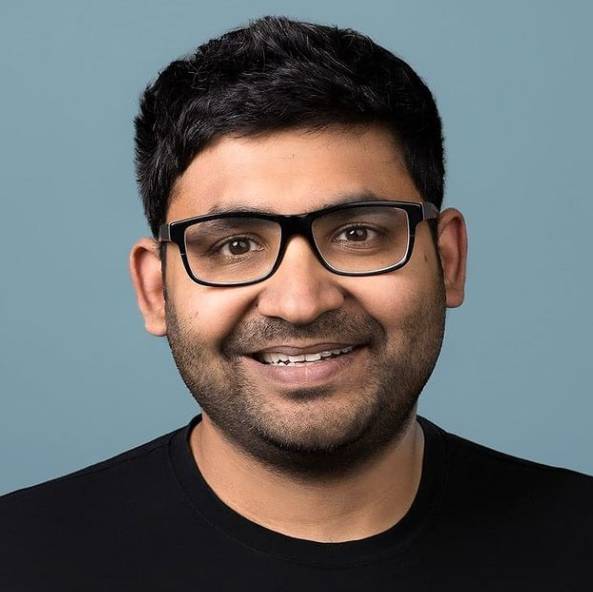 Parag Agrawal became Twitter CEO on Monday after Jack Dorsey announced his resignation. The move was apparently months in the making. There were rumors that the Twitter board was looking to replace Jack Dorsey with someone else. The search, it seems, finally ended with an in-house candidate. Parag, who until now was Twitter’s CTO, is assuming the role as the company CEO immediately.

So, who is Parag Agarwal? Like another big Indian-origin tech CEO — we are talking about Sundar Pichai at Google — Parag is also from IIT. Although he is from IIT Mumbai. Aged 45, Parag has been at Twitter for a while and, apparently, he is well-liked by Jack Dorsey, one likely factor that helped him clinch the top post at Twitter.

In its press note, Twitter gives some details of Parag’s career within the company. Twitter notes, “Parag Agrawal joined Twitter in 2011 and has served as Chief Technology Officer (CTO) since October 2017. As CTO, he has been responsible for the Company’s technical strategy, leading work to improve development velocity while advancing the state of Machine Learning across the company. Prior to being appointed CTO, Parag had risen to be Twitter’s first Distinguished Engineer due to his work across revenue and consumer engineering, including his impact on the re-acceleration of audience growth in 2016 and 2017.”

At Twitter, as CTO, Parag has been instrumental in “Twitter’s technical strategy and overseeing machine learning and AI across the consumer, revenue, and science teams.”

5- Although he has been in a leadership position at Twitter for a while, Parag was not as well-known as Sundar Pichai or Satya Nadella were when they became CEO. Parag acknowledges this in his email that he sent to Twitter employees on Monday. He wrote, “I recognize that some of you know me well, some just a little, and some not at all. Let’s consider ourselves at the beginning-the first step towards our future. I’m sure you have lots of questions and there’s a lot for us to discuss. At the all-hands tomorrow we’ll have lots of time for Q&A and discussion. It will be the beginning of ongoing open, direct conversations I wish for us to have together.”

Parag was born in Mumbai. A report, quoting his thesis adviser, says that he has a particularly good grasp of mathematics and has expertise in dealing with large databases.

7- A New York Times report, quoting Silicon Valley insiders, says that, just like Jack Dorsey, Parag too is “quiet, polite, deeply technical and enthused about an internet where power and control are given back to users.” The report terms him the spiritual successor of Dorsey. A Twitter employee, in the same report, has been quoted as saying that Parag is a “pragmatic” engineer and leader.

8- Twitter has revealed that as CEO Parag will be given an annual compensation of $1 million as well as stock compensation worth $12.5 million.

9- Within Twitter, Parag is considered one of the top engineers. He was once part of the company’s TAG group, which oversaw all the new products and technologies with Twitter. In 2019, Jack Dorsey announced a new decentralised social media project called Bluesky and brought in Parag to look after it.

Parag Moved to the US in 2005. He joined Twitter in 2011 when he was still pursuing his doctorate at Stanford.