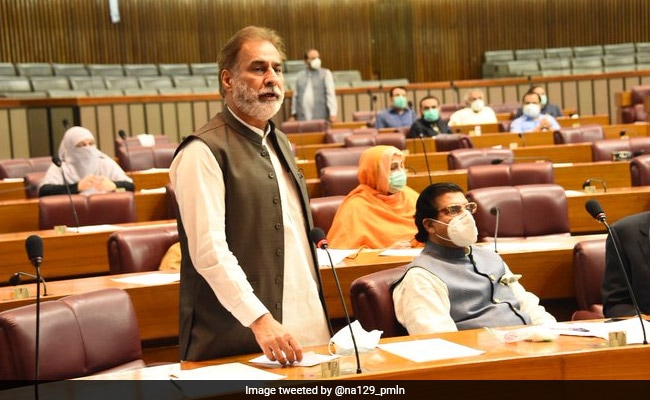 The Pakistan government is considering registering a treason case against a senior Opposition chief for his statement that the nation handed over captured Indian Air Drive pilot Abhinandan Varthaman to India below stress, a high minister has mentioned.

“Legs have been shaking and brow perspiring, and the overseas minister (Qureshi) advised us, ‘For God’s sake, let him (Abhinandan Varthaman) return now as a result of India is attacking Pakistan at 9 PM within the evening’,” Mr. Sadiq had mentioned, recalling the assembly which was additionally attended by parliamentary leaders, together with these from Pakistan People’s Social gathering (PPP) and PML-N, and added that “India was not planning to assault… They simply wished to kneel earlier than India and ship again Abhinandan.”

Responding to Mr. Sadiq’s remarks, Pakistan Inside Minister Ejaz Shah mentioned the government was pondering over registering a treason case because the police have obtained a variety of complaints in opposition to him.

He mentioned these conforming to India ought to higher go to Amritsar.

Posters of Mr. Sadiq have additionally appeared in Lahore, dubbing him a “traitor”.

The PML-N has strongly reacted to the transfer blaming the PTI authorities for “awarding traitor certificates” to its political opponents.

PML-N Punjab info secretary lawmaker Azma Bokhari mentioned the one who put up “traitor” posters of Mr. Sadiq has to be having a prison report like previously circumstances registered in opposition to the PML-N management.

The 37-year-old Indian Air Drive pilot was captured by the Pakistani Military on February 27 after his MiG-21 Bison jet was shot down in a dogfight with Pakistani jets throughout the aerial fight.

Within the early hours of February 26, 2019, the IAF jets bombed the Jaish-e-Mohammad (JeM) terror camps in Balakot in Khyber Pakhtunkhwa of Pakistan after the Pulwama terrorist attack that claimed the lives of 40 CRPF personnel.

Earlier than his jet was hit, Abhinandan Varthaman downed an F-16 fighter of Pakistan. He was launched on the evening of March 1 by Pakistan.

In a speech within the National Meeting, Mr. Sadiq mentioned that Prime Minister Imran Khan skipped the high-level assembly, which was attended by high management, together with Army chief Gen Bajwa and Overseas Minister Qureshi.