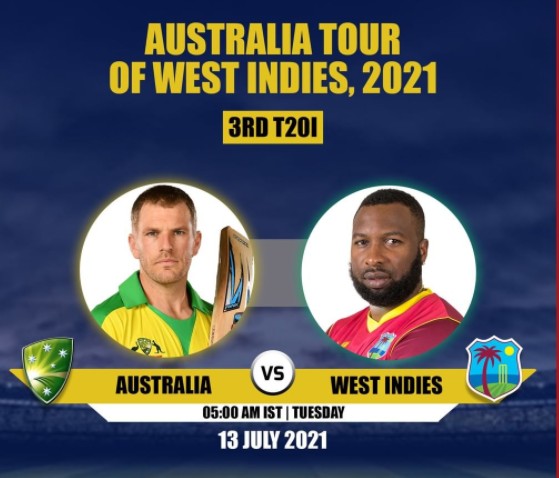 West Indies 142 for 4 (Gayle 67, Pooran 32*, Meredith 3-48) beat Australia 141 for 6 (Henriques 33, Walsh 2-18) by six wickets
So, those questions about Chris Gayle’s form. The opener put on a thunderous display, with his first T20I half-century since 2016, to secure a series victory for West Indies as he pummelled the Australia attack around St Lucia in what became a cakewalk of a chase.
Having made 102 runs in nine innings since his recall earlier this year, Gayle launched seven sixes in an innings that took him past 14,000 T20 runs. After he departed, stand-in captain Nicholas Pooran ensured there was no hiccup in the chase he closed it out with more than five overs to spare.
Australia had made three changes – two enforced by injury to Ben McDermott and Ashton Agar – and changed tact by opting to bat first when Aaron Finch again won the toss, but it was a labored effort after some initial momentum in the powerplay. Moises Henriques and the recalled Ashton Turner added 59 but it took almost eight overs.
West Indies were excellent with the ball despite Obed McCoy being able to bowl only one over. Fabian Allen and Hayden Walsh Jr, who took his series tally to eight wickets, bowled their eight overs for 44. Allen also took a spectacular rebound catch in the deep to remove Finch in a display that further enhanced his fielding credentials.
The Wade, Finch contrast
The struggle for the majority of Australia’s innings is highlighted by the fact that they had a useful 41 off the first five overs. That was largely down to Matthew Wade who again struck the ball sweetly as he did in the opening match of the series. However, with some of the issues being faced by other batters, Australia needed him to make the most of those starts and kick on but he departed when he missed a slower ball from McCoy. His opening partner is finding things aren’t quite coming out of the middle at the moment and Finch never got his timing during a run-a-ball stay where he was often losing his shapes on shots. He eventually fell to a world of a catch, completed by Allen at deep midwicket who remained magnificently alert when Dwayne Bravo missed the initial chance,
Walsh does it again
The Finch wicket was Walsh’s second of the innings as he again did a terrific job, this time also bringing the notable economy to his four overs. Pooran had held back his spinners – the match was a rare example of all the powerplay play overs being bowled by seamers of various descriptions – and when they were introduced Australia struggled to up the tempo. Allen removed the in-form Mitchell Marsh when he missed a sweep and Walsh claimed his first by ending a lively start from Alex Carey who had reverse-swept his first ball of the series for four. The spinners, which included one over from Gayle, did not concede a single six as Australia only cleared the boundary twice – both hits coming from Henriques.
Gayle’s reminder
Gayle arrived for the fourth ball of the chase after Mitchell Starc, who bowled excellently after two expensive outings, had Andre Fletcher taken at midwicket. He saw out the over from Starc but then things got lively. When he got on strike to Josh Hazlewood’s first over he went 6, 4, 4, 4. There was a look in his eye of a batter on a mission. He was measured too but after a brief period of more sedate play, he deposited Adam Zampa for a straight six and followed it up in the 11th over with three consecutive sixes against the legspinner, the third of which took him to a 33-ball half-century. He saved the biggest for a huge leg-side blow-off Riley Meredith that was followed by another the next ball before a top edge ended the show. Five of the last seven deliveries he faced cleared the rope. The match and the series were done and dusted.
Read also-Lionel Messi, Argentina win Copa America over Brazil