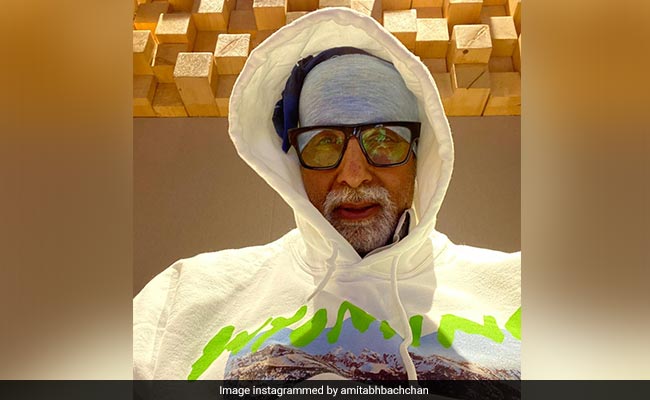 Amitabh Bachchan is a busy man on most days but the actor certainly has his moments of “peace” which he finds when he’s working in a studio. The 78-year-old actor, who usually writes about long working hours and exhausting schedules, took a quick break of kinds to replicate upon moments of “self-creativity.” In his newest Instagram entry, Big B  shared an image of himself from a studio and he wrote in his caption: “Yo! Nothing like work in a studio! After a whole day {of professional} work… Now a couple of moments of peace, self-creativity, making your individual music… Particularly with the extraordinary presence of Babu ji (Harivansh Rai Bachchan)’s phrases… Stuffed with emotion and love and his fond remembrance.”

Amitabh Bachchan was last seen in Shoojit Sircar’s Gulabo Sitabo, co-starring Ayushmann Khurrana. The movie launched on Amazon Prime in June and it opened to largely positive evaluations. The actor’s upcoming projects embrace Ayan Mukerji’s Brahmastra, co-starring Alia Bhatt and Ranbir Kapoor, and Chehre, alongside Emraan Hashmi. He will even be seen within the sports drama Jhund.

Final month, Massive B signed a movie referred to as Mayday, which will probably be directed by Ajay Devgn and it’ll star Rakul Preet Singh. The actor can be seen hosting the current season of the TV quiz show Kaun Banega Crorepati 12.